We have just come back from spending two weeks over Christmas with my family.

To be honest, I was absolutely dreading these holidays because of the severely restricted diet I am on. My family is of Chinese heritage, so celebrations of any sort are typically centered around food. Holidays are centered around food. Life is centered around food. Normally we go out to eat a few times a week at Chinese restaurants, eating foods that aren't on the english menu, foods that I wouldn't even know how to ask for. Typically, it's all delicious. In the past, bringing food for our son was accepted at restaurants... I'm thinking that as he grows up, this will come under scrutiny by restaurant owners... but for now, nobody minds. But for an adult (me) to bring food to a restaurant would probably not go down very well. For the restauranteur or myself to be honest.

So concerned was I about food cross contamination that I actually ordered a brand new fry pan to be delivered before I got there. If I was going to have to do so much cooking, I was going to reward myself with a new pan! As fate would have it, the parcel got lost somewhere and didn't actually arrive until the day before we left?!

As it turns out, we ate most meals at home. What was even better than that was that my mum actually cooked dinners on most nights for us all. I am sure that this is the biggest break from cooking that I have had in nearly 4 years since our allergy journey began. For the first week, I helped in the kitchen, ensuring mum was only using our ingredients, and not sneaking in something extra to make it taste better. She was very disciplined. I am sure she has never used so much Maple syrup or garlic in her life, but it all tasted yummy.

For the second week, I finally relaxed and let her do most of the cooking. My mum did most of the menu planning, and my parents did all the shopping. This gave us the oppotunity to go on more adventures during the day, knowing that dinner was going to be cooked when we got home. Our adventures included a trip to the city, a ride on a ferry, a day at the beach, a day at a water park and even night time adventures to see fireworks for New Year's Eve.

After two weeks, our oldest son who can't has anaphylaxis to so many things, didn't even have one rash. Our little one, who relies on me to restrict anything vaguely interesting, did have one rash break out. We still don't know what that was a result of - perhaps ordering a plain steak and chips once at a resturant for lunch, when we could not possibly find a MacDonalds anywhere. (Unbelievable I know!)

So the trip that I dreaded the most turns out to be so much better than I could have hoped for... thanks to Mum. Best Christmas present ever :-) 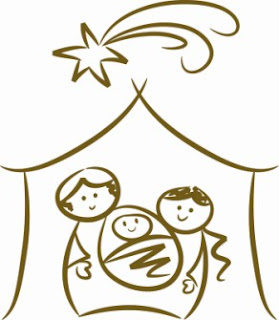